South Africa – Off the beaten track

You will be welcomed by your travel guide at Cape Town airport and taken to the classic winelands, where you will be checking into your accommodation for the night. Today’s activities depend on your arrival time.

Our first tour takes you to Stellenbosch, the second oldest town in South Africa. By strolling through the town, explore its old part with many heritage buildings in the Cape Dutch style, the Reformed Dutch Church and the old oak lined Dorpstreet. Consisting of four buildings from different eras, the open-air museum will take you back to the 18th century. Afterwards we head for South Africa’s gourmet capital Franschhoek to enjoy a champagne tasting and a small lunch break. We will finish our classic winelands tour by driving to Paarl, and indulging in a wine and cheese tasting: "Cheese is the best desert!"

After breakfast we head northwards to Paternoster, stopping on our way in order to explore the West Coast National Park which stretches from Yzerfontein to Langebaan, including the blue waters of the beautiful Langebaan lagoon. Extensive sandy areas and indigenous South African vegetation dominate the beautiful landscape of the park, which turns into a seemingly endless carpet of wild flowers every year from August to October. Next on our schedule is Paternoster: a picturesque fishing village on the west coast of the Western Cape. Up to today, it is uncertain if the small place’s Latin name (“Our father”) derives from Portuguese sailors who thanked God when they reached the secure shore after their ship had sunken; from a particular fishing hook which is being used for fishing large shoals; or from the name of a Dutch ship. At least one thing is definite: The village inhabitants live mainly on fishing, with lobster and hake fishing (Merluccius capensis) as their main source of income between November and April, as well as crayfish.

After breakfast, we continue our journey. Dominated by the Matsikamma mountain, Vanrhynsdorp is the ideal starting point to savor the beauty of Namaqualand’s spring bloom. Also, the water-storing succulents with their thick leaves blossom in July and August. Our trip takes us via Springbok to the Augrabies Waterfalls; close to the national park, where our next accommodation awaits.

The Augrabies Falls National Park was proclaimed a protected area in 1966, stretching over an area about 500 km². From February to April the falls are particularly spectacular, and the noise is deafening - hence the origin of the name. The local Khoi people used to call it "Aukoerebis" in their Nama language, which translates into "place of loud noise". In the eastern part of the National Park, the Orange River forms a system of small, interconnected canals above the 90-meter-high waterfall.

The Kalahari is a sandy desert and stretches from the province of South Africa’s Northern Cape through Namibia and Botswana to Angola and Zambia, covering a total area of ​​more than 1.2 million km². During the drive from the Augrabie Waterfalls to the Mata Mata Camp, you will enjoy the opportunity of seeing different wildlife and birds. The Kgalagadi Transfrontier Park is the largest pristine ecosystem in the world and has been initiated to preserve the unique indigenous wildlife. The park stretches along the border between South Africa and Botswana and consists of two adjoining national parks. The total area measures 38,000 km². About three quarters of the park belong to Botswana, the final quarter to South Africa. Kgalagadi means "place of thirst". The area is characterized by red sand dunes, sparse vegetation, scattered trees and the dry riverbeds of the Nossob and Auob rivers.

Today we wake up very early to start our second morning game drive. The drive to the Kalahari is an extraordinary experience. During the day we observe wildlife in the national park, followed by a relaxing sunbath by the pool.

Today, we leave the Kgalagadi Transfrontier Park behind and drive about 260 km through the dunes until we reach the town of Upington – named after Thomas Upington, who was Prime Minister of the Cape Colony between 1884 and 1886. Upington is considered the gateway to the Kalahari, as tourists can provide all the food and necessities they need before driving further. Although temperatures in Upington often rise to 40 degrees Celsius and more in summer, the city’s extensive green spaces offer quite a contrast to the Kalahari. Upington lies at the edge of the Kalahari Desert, and thanks to the water from the Orange River, wheat, vegetables and grapes can be grown. Next to other places of interest, especially the former mission station on the Orange River is worth seeing – today, the building accommodates the Kalahari Oranje Museum.

After a hearty breakfast, we are heading towards Calvinia, a sleepy little town in the Karoo. The village lies at the foot of the Hantam massif at an altitude of 970 meters. The city was founded in 1847, initially under the name "Hantam" – a Koi word, meaning "mountain on which the red edible flowers bloom". With the construction of a Dutch Reformed church, the first pastor, N. J. Hofmeyr, insisted on re-naming the place in honour of the French reformer John Calvin in 1853. The surrounding Merino and Dorper sheep farms are the region’s main industry.

From Calvinia, our trip continues via the Botterkloof Pass to the Bushmans Kloof Wilderness Reserve, an ecological oasis nestled at the foot of the Cederberg. Today, the Bushmas Kloof Reserve is home to one of the largest private owned herds of mountain zebras, which could be rescued just in time before their extinction. The Burchell zebra can be observed particularly frequent. During our game drive, the rich wildlife life and the diversity of the abundant plant species will be explained in more detail.

Bushmans Kloof is the custodian of over 130 unique petroglyphs (rock art), some of which are estimated to be over 10,000 years old. Visitors, archaeologists and researchers are permitted to visit the San drawings. During a guided tour, you will be introduced to the interesting culture of the San people. The rock paintings were declared a monument.

Founded in 1700 as Roodezand, the village received its present name in 1795 from Ryk Tulbagh, the governor of the Cape Colony from 1751 to 1771. Here, in 1743 the first church in Southern Africa was built here, meanwhile a well-known museum (Oude Kerk folk museum). After an earthquake caused bad damage to the place on September 29th, 1969, a team of historians and architects designed a reconstruction program to rebuild a complete ensemble of the popular Cape Dutch homes. All 32 houses on Church Street have since been listed as historical monuments, and by today, they form an open-air museum with constructions from the 18th and 19th centuries..

Today, we arrive in Cape Town; one of the most beautiful cities in the world. Table Mountain with its spectacular all-round view will inspire you: Getting up to the top in the famous cable car, you will enjoy a fantastic view over the city and the ocean from a height of 1000 metres above sea level. During our subsequent city-tour, you will discover other unmissable sights of Cape Town, such as the Castle of Good Hope, Cape Town's oldest preserved building, and the colourful Malay district of Bo-Kaap. Following, take a short stroll across the "Company's Garden" and watch the hustle and bustle of Green Market Square! Afterwards, you can choose between dropped-off at the waterfront or your hotel. 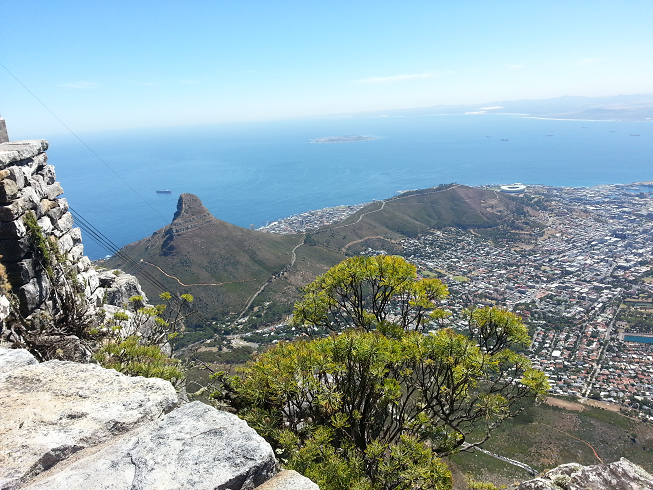 Explore the surroundings of Cape Town on a Cape Peninsula tour. The drive takes you along the Atlantic coast first to Clifton, Camps Bay and Hout Bay, followed by traversing one of the most beautiful coastal roads in the world, the spectacular Chapman's Peak Drive. We continue to the Cape of Good Hope all the way to Cape Point: you can get to the magnificent lookout on foot or by funicular – enjoy the breathtaking panorama! On our way back along False Bay, we will stop in Boulders, as visiting the penguin colony is simply a must!

Today's activities depend on your departure time. We have the opportunity to either visit the Kirstenbosch Botanical Gardens or decide on another city tour.

End of the tour

Expenditures of private expenses are excluded

All details are subject to change.